The amount of work which lies behind a sentence can be seen from the volume of paperwork occupied by the summary alone, as in this case of the murder at Atocha, Madrid of labour lawyers by ultra-right wing gunmen in 1977. In contrast to the guilty verdict that was given, the terrorists had their sentence clear in their minds in advance: the defendents were innocent, they had to be freed, and they summarized it in a simple sticker. 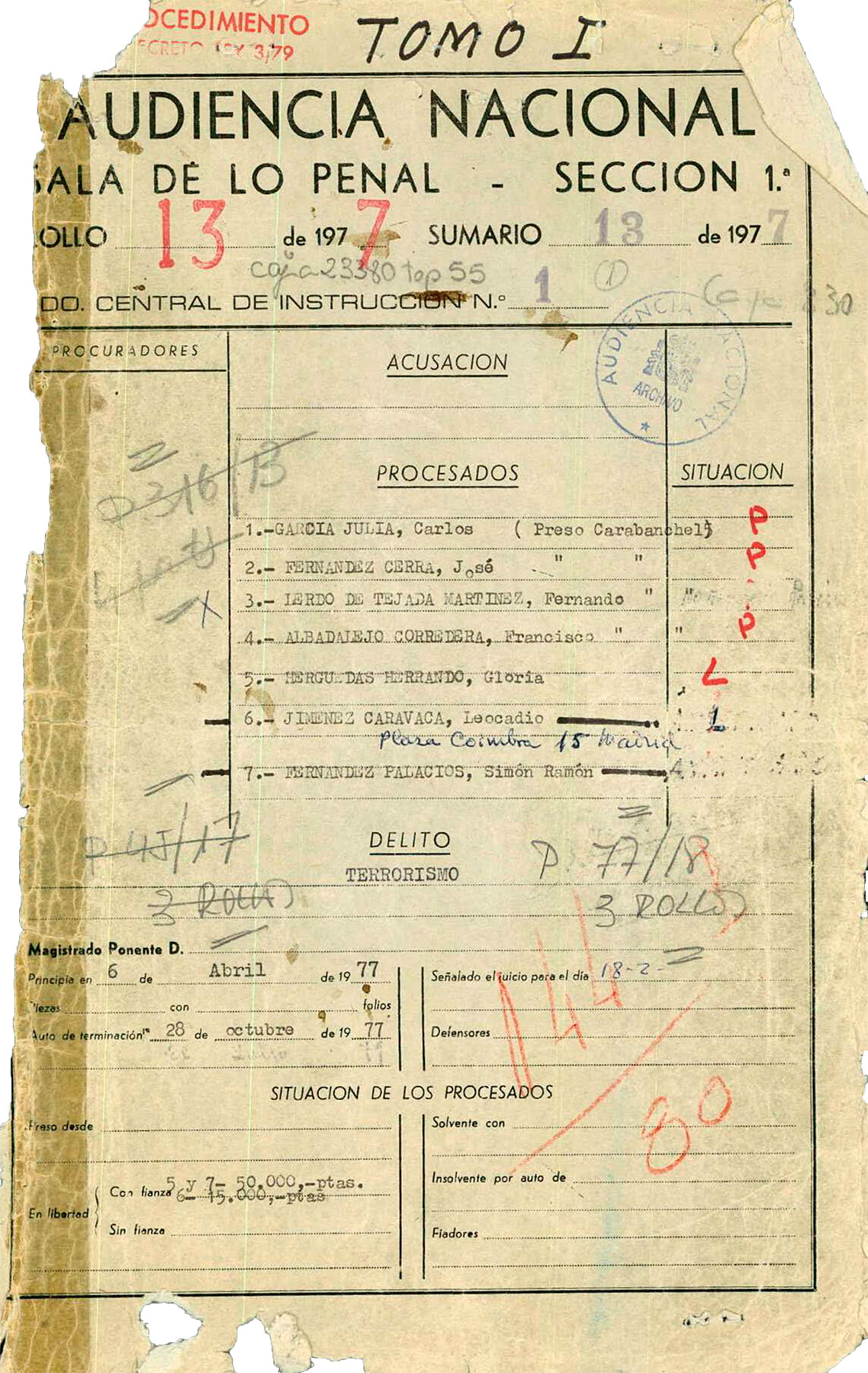 Rigorous police and judicial work is essential for a fair sentence.   Alejandro Ruiz-Huerta, a survivor of the Atocha massacre relates the pros and cons of that process which still has echoes today.

«I am grateful to the ‘Memorial to the Victims of Terrorism’ for its efforts to reveal all the victims of terrorism.

Atocha, just like the moon, had its hidden face, its light and shade. From 1977 when the criminal attack occurred, until 2020 when he was released, in the midst of irregularities, one of those directly responsible, having fled from justice several times, there have been permanent shadows in the judicial process.

In the beginning there was some light, those implicated were rapidly detained, which was not usual in those times. And the trial in 1980 was quite fair.  The three directly responsible were sentenced to 193 years in prison, although they would only serve 30 years.   Minor sentences were given the other four officials of the Vertical Transport Union, who were behind the murderers.

Darker areas – like the judge Goméz Chaparro, who, breaking the rules, released one of those implicated, who took the opportunity to flee.

They were guilty of murder and terrorism, along with other minor crimes, and were an armed gang in opposition to the rule of law.

As there were some difficulties in having some members of the extreme right testifing, who could have been implicated, the judges opposed it.

We were not assured of protection even though as survivors we were key witnesses.

But this was one of the first times that Francoism sat in a court of justice, and in the end, finished with unclear and erratic judicial intervention in the last months of 2020, by granting freedom to the last accused, who had only just turned 14 years old. It left us feeling profound discomfort and a loss of faith in justice, and in my opinion, affects the very rule of law in Spain.»