Having looked at the different terrorist organizations, this gallery presents the consequences of their action through a series of photographs with commentary by the individual photographers. Each was asked to respond to the following question:- What did they remember of the image which in some cases, marked them professionally or even personally?. 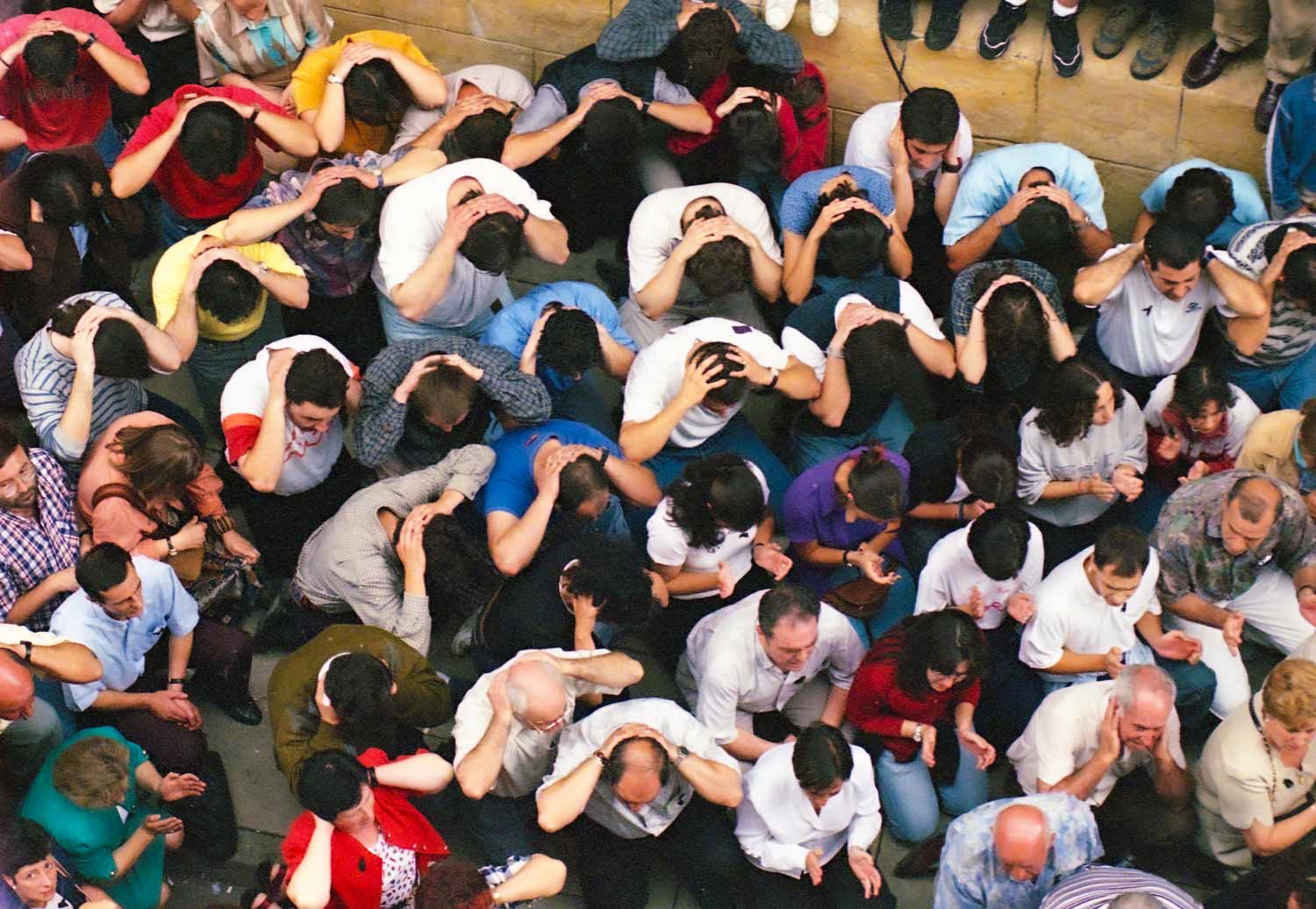 This famous photo taken by Toño Gallego for the newspaper El Mundo shows a haggard José Antonio Ortega Lara arriving at his house in Burgos. He is accompanied by his wife, Domitila, having just been released from kidnap after 532 days. The scene of the attack on José Luis López de Lacalle, photographed by Jesús Uriarte for El Pais inspired José Ibarrola to create his paintings called Los paraguas y La memoria. Thanks to David Armengou, we also have one of the first images taken after a van was driven into pedestrians on a popular street, Las Ramblas, in Barcelona, in August 2017.

There is an on going debate on whether can we understand terrorism by looking at graphic images.   For example, do close-ups of corpses contribute something at an informative level or do they seek sensationalism, without taking into account the feelings of the relatives of these victims?

Terrorism is a dramatic phenomenon which causes devestating personal injury and should not be diluted.   But the explicit photos which were published in the press in the seventies or eighties of the twentieth century, including close-ups of bodies, failed to stir consciences. These were the years in which there were most terrorist attacks and least social response.