Terrorism in Spain is largely summed up by the history of ETA. This is the organization that has killed the most, that has lasted the longest and that has had the most social support. ETA wanted the independence of the Basque Country. To achieve this objective, it murdered 853 people between 1968 and 2010. Its activity also left 2,600 injured, more than 80 kidnapped and an unknown number of threatened and exiled. Traces of its activity will not disappear overnight. The question of justice or that of memory continues to this day. 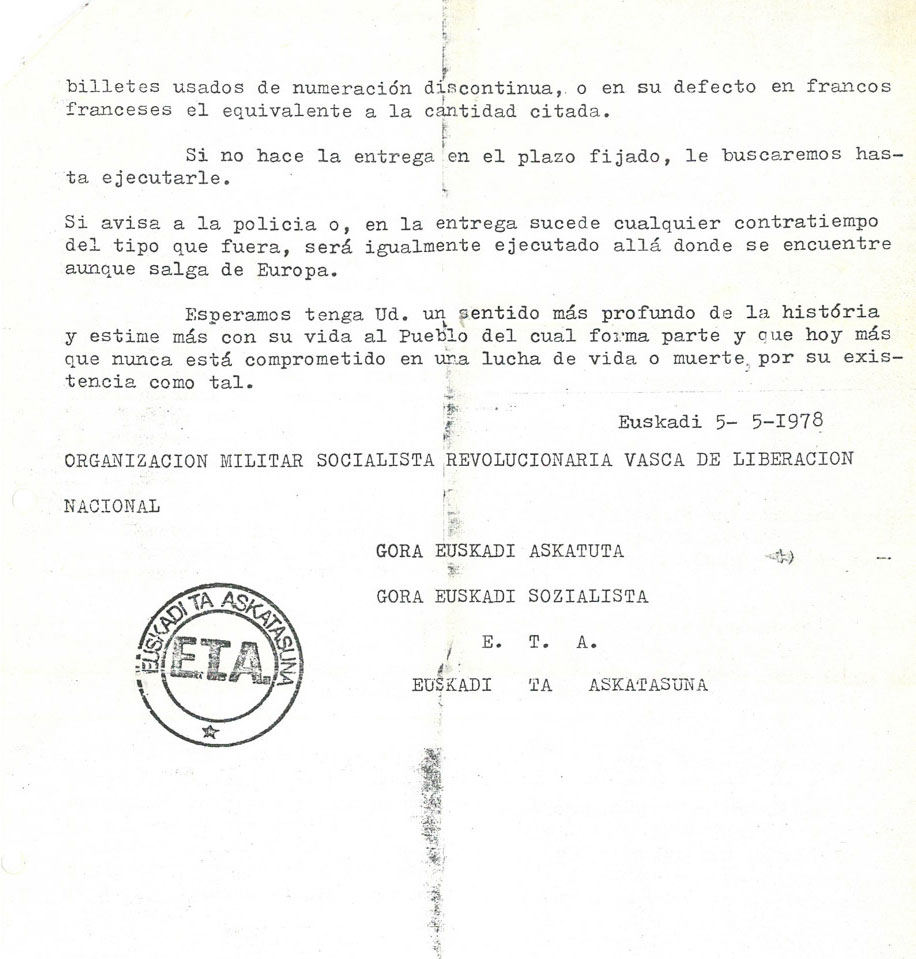 In several showcases you can see objects that once belonged to ETA. They are evidence of its criminal history, usually unknown to the public. The extortion letters, the bombs, the forged documentation, the internal publications, the plans to commit future attacks… This is the vulgar reality behind the shiny facade with which the terrorists present themselves. This museum is built with noble materials, such as wood. In contrast, terrorism is something as crude and brutal as explosive-filled plastic containers that are placed on the underside of a vehicle with the help of two magnets to kill an unsuspecting person. Or a letter that a businessman finds in his mailbox demanding money with threats.