We are in the third room: History of terrorism. Here the facts are established in time and space. Memory fosters empathy towards the suffering of the victims. But this Memorial is also a History. It has a pedagogical function, using History as an explanatory base and as a teacher of life. 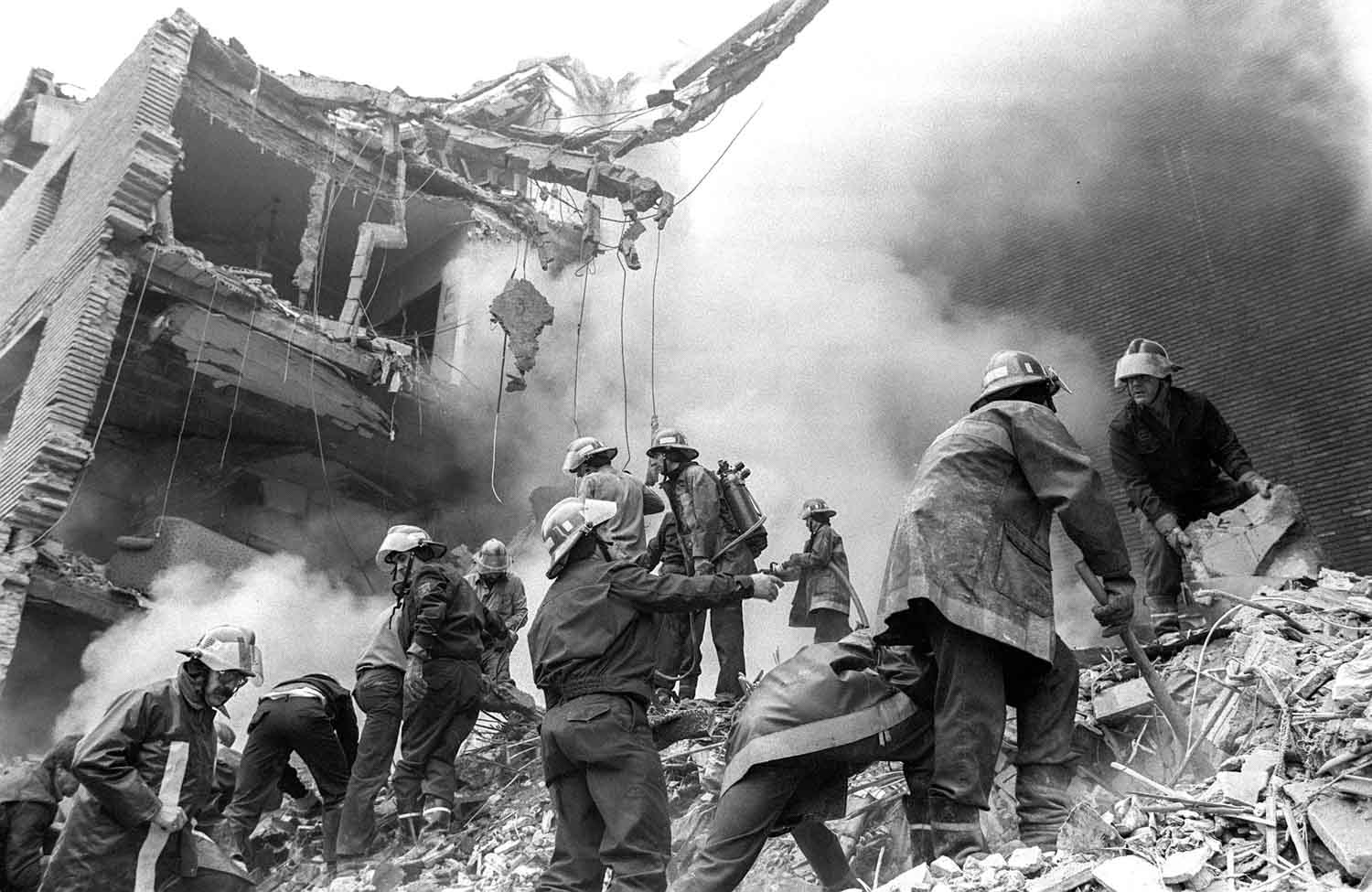 The main piece is a chronology that starts from 1960 and reaches the present day. It is divided into three periods: The Franco dictatorship, transition and democracy. Among them are summarized the most important events every year in relation to terrorism: the beginnings of ETA, the assassination of the president of the Franco government, Luis Carrero Blanco, the massacre of the Rolando cafe, the 11-M …

Terrorism is not a local or recent phenomenon. It appeared in its modern form in the late 19th century and has affected countries on every continent, with milestones as brutal as the 9/11 2001 attacks on the United States. But regardless of the time or the pretext used by the terrorists, they all share one principle. For them, the end justifies the bloody means. However, as the humanist Sebastián Castellion warned: «killing a man is not defending a doctrine, it is killing a man».

This informative and contextual part is complemented by a more emotional one: the installation that is in the corridor that opens to the right. In it, 1,451 records hang from the ceiling, as many as there are mortal victims of terrorism in Spain. On the wall are projected the portraits of the murdered children, who personify the quintessential innocence.