THE BANALITY OF EVIL

ETA publications, such as Zutik or Zutabe, served to spread their propaganda and maintain internal cohesion.

The ETA members known to the police used false documentation to go into hiding. The documents you can see here were from Mikel Otegi, who was arrested in France in 2003. Otegi shot dead two Basque policemen (Ertzainas), Iñaki Mendiluze and José Luis González, in the town of Itsasondo, Gipuzkoa, in 1995. 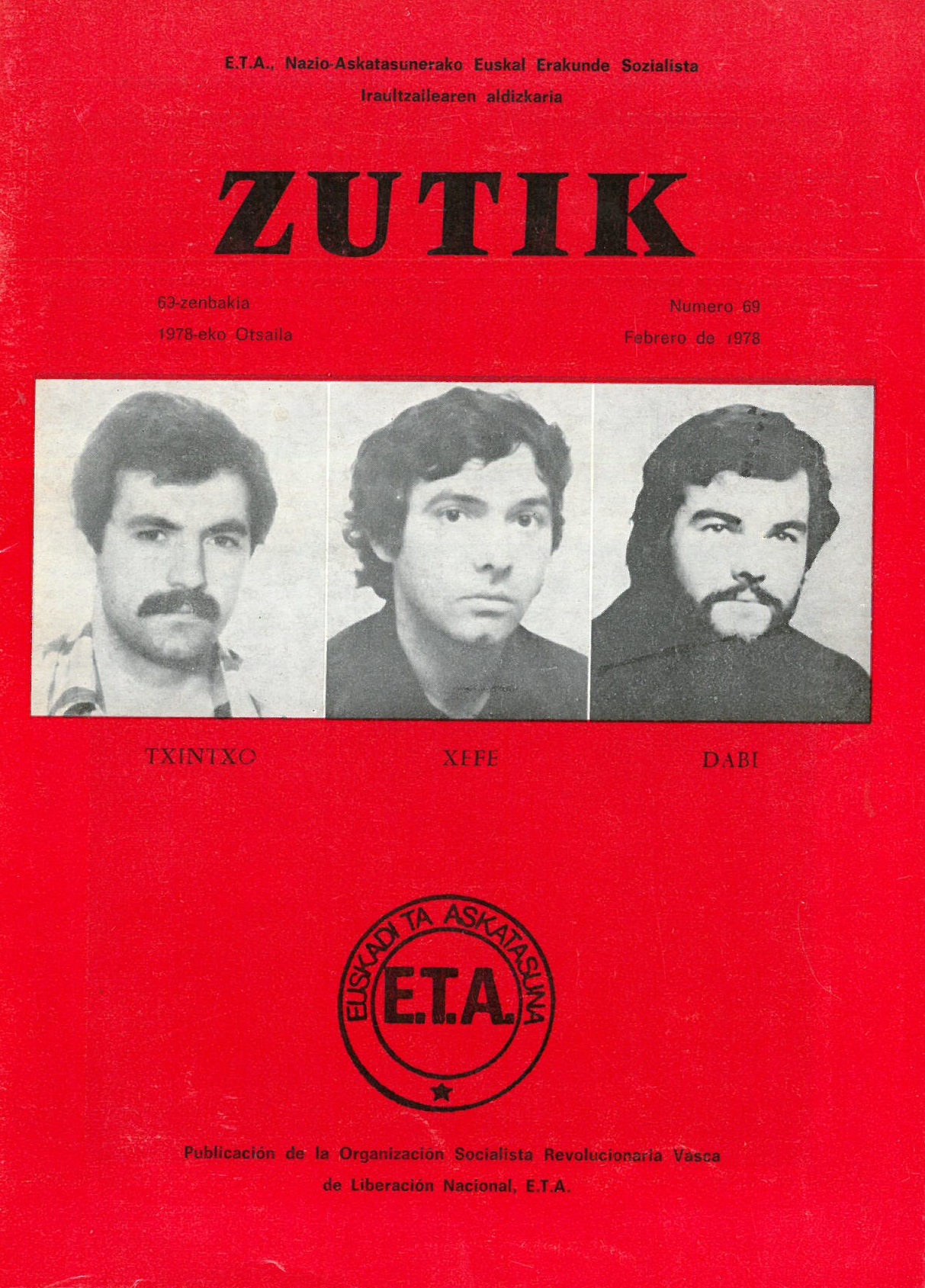 Few examples show the banality of evil as clearly as those in this display case. On the one hand, we have the forms that ETA members had to fill out until the eighties with their personal data and a passport photograph when they entered the organization.

On the other hand, there is information about future attacks, in which the routines of the next victims appear. There are parents who take their children to school, police officers who often go to a bar after work and even handwritten notes on the ideal type of weapon to murder them with.

Finally, in the panel above the display case there is a copy of the letter written by the leader of ETA Domingo Iturbe, Txomin, to the members of the Zuberoa command, to whom, amid friendly greetings, he asks to continue «with executions.»