In their report, the civil guards who released José Antonio Ortega Lara described the cell they found under the floor of the industrial building.

“It consists of three compartments that we will call A, B and C according to the direction of access. Compartment C is where Don José Antonio Ortega Lara was found. 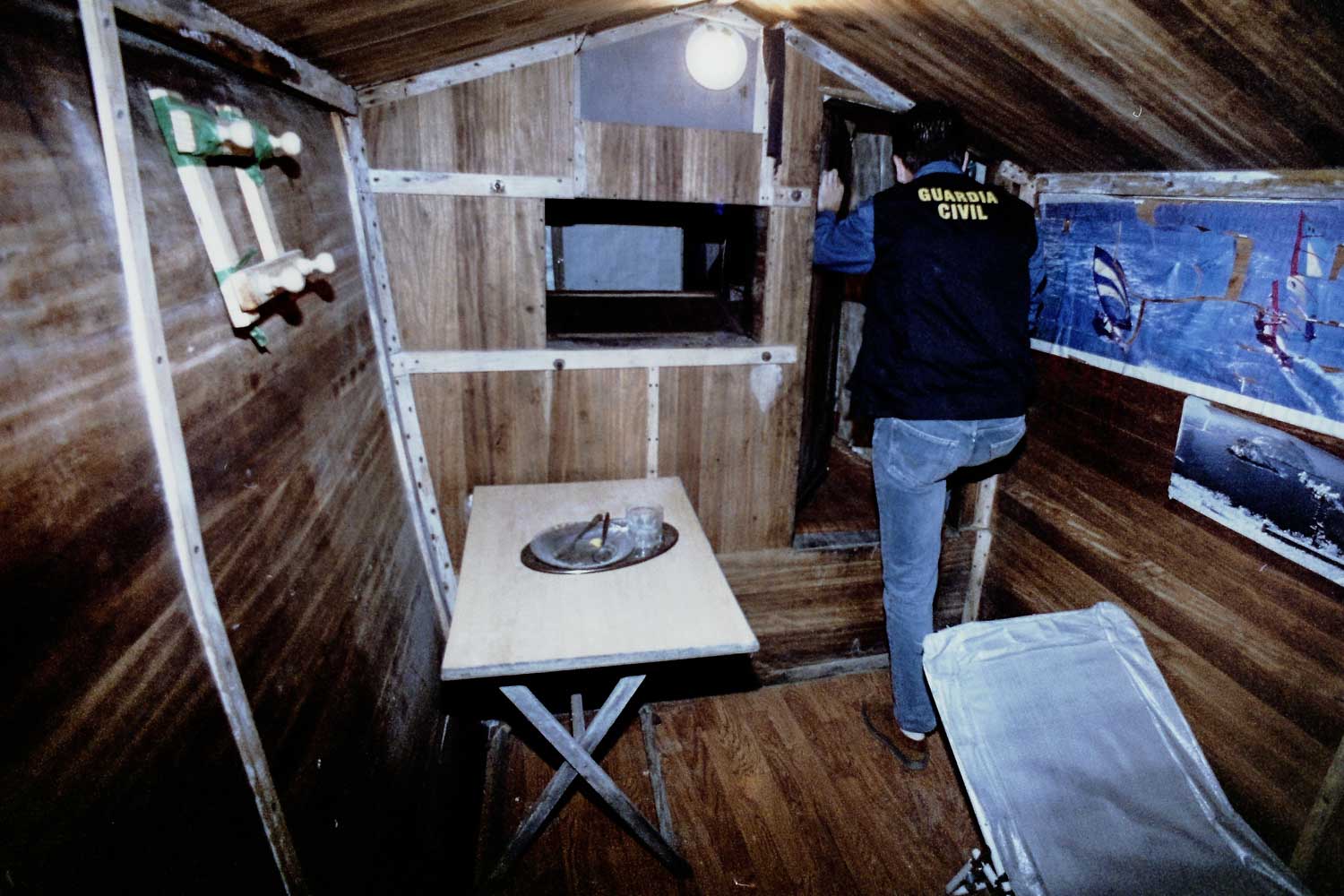 Its dimensions are one metre eighty centimetres wide, two metres and forty-eight centimetres long and two metres high. The shape of the roof is a gable roof in the longitudinal direction, and both this and the walls are covered with wood.

A circular hole, covered with glass, houses a lamp that serves to illuminate the space; A dark blue shade can be used to reduce the intensity of the light from the lamp.

On the right wall there are two posters (one with a couple of windsurfers and the other with La Concha Bay in San Sebastián with snow) and a shelf measuring one metre twenty-six centimetres long and fifteen centimetres wide.

A tablex board attached to the front wall (…) there is also a two peg wooden hanger.

Two wooden hangers appear on the left wall, one with four pegs and the other with only one.

The walls and ceiling of this room, and especially that of the bottom, present a very high degree of humidity with mould and damp patches, which give off the characteristic smell of mildew”