Terrorist organizations are supported by an environment vital for their continuity. The so-called Basque National Liberation Movement was divided into several sectoral organizations, with an electoral coalition, HB, a trade-union, LAB, or a youth association, Jarrai. From this context, and as the stickers show, hateful messages were spread, the use of violence was extolled and those they considered to be their enemies were stigmatized. 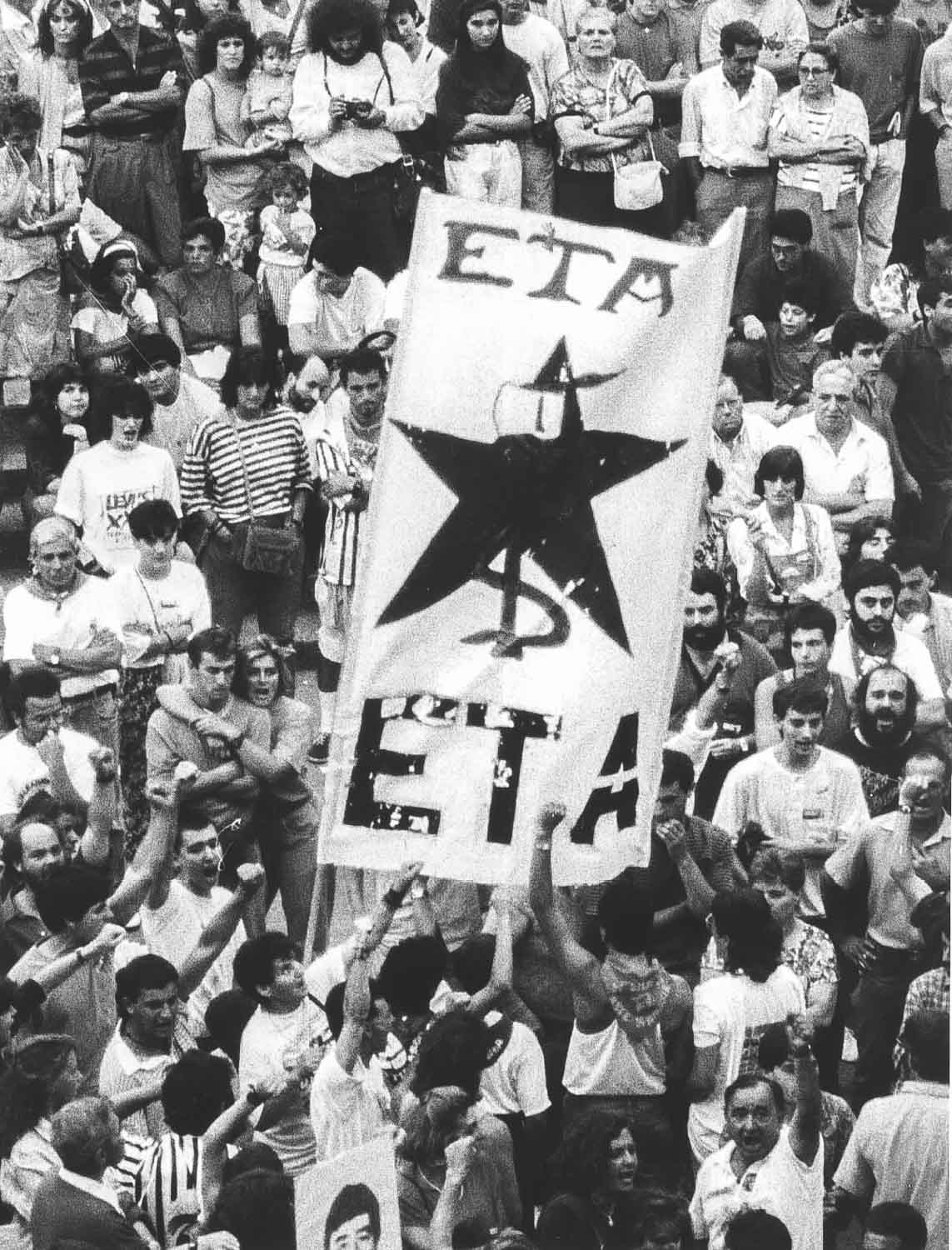 On its black list were members of the Security Forces, represented as beings without humanity, faceless, objectified and caricatured as pigs or dogs. Journalists were also threatened, such as José María Calleja, who was known for his commitment against ETA and who died from coronavirus in 2020. Being on the black list meant preparing the ground for the victim to be expelled from the community as a previous step to his physical elimination.

The messages on these stickers, and those on other types of media, such as posters, banners or graffiti, were part of the everyday landscape in the Basque Country and Navarra. The stickers were worn on clothing and were frequent in regional festivities. Organized groups used to appear in them that were dedicated to attacking the police, and destroying urban furniture, ATMs or buses. It was the time of the “kale borroka” or street violence, a strategy that had been developed by the nationalist left since the 1990s to promote social control and generate an atmosphere of fear among its opponents.

In March 1995, separatist radicals attacked the Basque police, the Ertzaintza, in Renteria with Molotov cocktails. One of the stickers displays the result of that action as a trophy: a completely wrecked police van. The officer, Jon Ruiz Sagarna suffered very serious burns in 60% of his body. We have listened to his wife, Ana Arregui, in the immersive audiovisual.