Welcome to the Memorial Centre for the Victims of Terrorism. This is a meeting space, for reflection and defence of democratic values ​​around four great principles: truth, memory, dignity and justice. 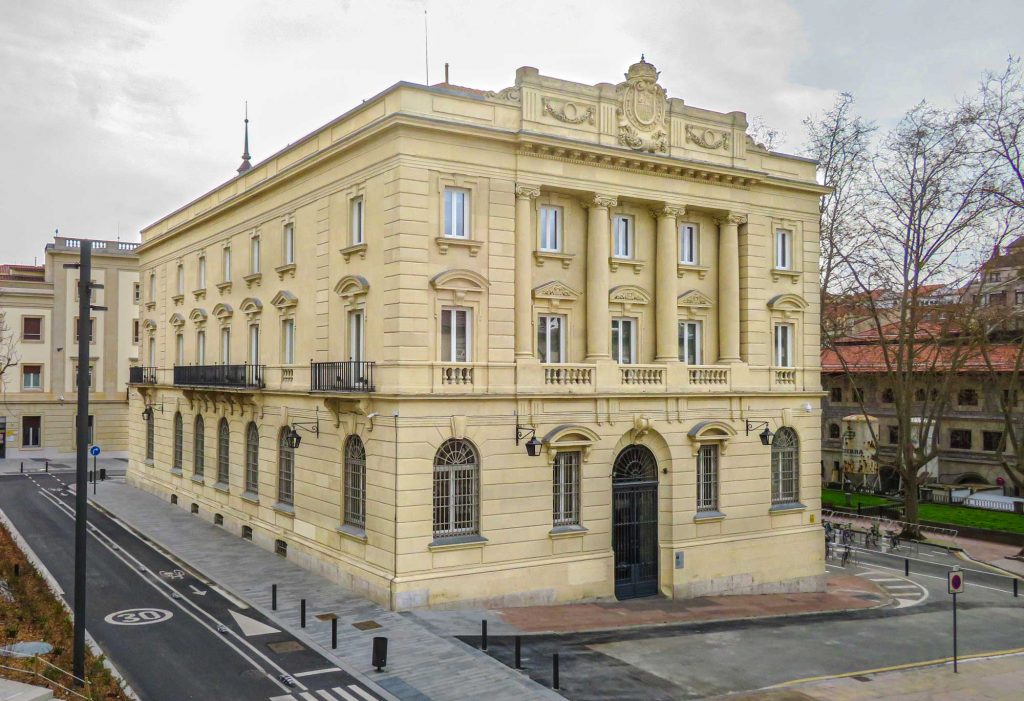 “Truth” means uncovering the history of terrorism with the utmost rigor to know really what happened. Here, pedagogy is done hand in hand with the available documentation, including the victims’ own voices.

«Memory» helps the injustice of politically intentional violence to be taken into account. Far from any spirit of revenge, it serves as a civic lesson so that it does not happen again.

“Dignity”, which is one that the victims never lost despite the attempts by the perpetrators to stigmatize them or to use them to achieve their ends.

«Justice» is the opposite of impunity; it is to establish the responsibilities of the person who has committed the crime. More broadly, it implies that democratic institutions and society as a whole make reparation as far as possible for the damage suffered by the victims.

The Memorial offers its users a documentation centre, assembly halls, a didactic classroom and a museum with permanent and temporary exhibitions.

The permanent exhibition is divided into six rooms. They address the causes, development and effects of the different sorts of terrorism that have taken place in our country. The first room, Here, yesterday, is a reception space. From this point on, the gaze of the victims will accompany us throughout the entire journey. That innocent look reflects the extent to which human beings can be cruel to others. They killed to achieve their objectives, whether it was the independence of a territory, as in the case of ETA, to impose a dictatorship of the right or of the left or to implement a rigorous and minority version of sharia, Islamic law.

This building, which was the main theatre of Vitoria and successively a branch of the Bank of Spain, today is a Memorial of memorials. Before proceeding, in the interactive panel you have some information about the monuments dedicated to the victims of terrorism that are scattered around other towns in Spain.