Ignacio Echeverria’s story perfectly illustrates the questions of righteousness of and resistance to terrorism. They are people who from very different backgrounds, police, representatives of civil society, artists who say ‘no’, aloud, in the face of totalitarianism, or those citizens who are simply passing by and who stand up to the terrorists, despite the risk posed to themselves. Some, in fact, become victims, as happened to Ignacio, who died defending others who were caught up in a Jihadist attack in London. His mother, Ana Miralles de Imperial, comments on some of the items which the family has donated to this exhibition. 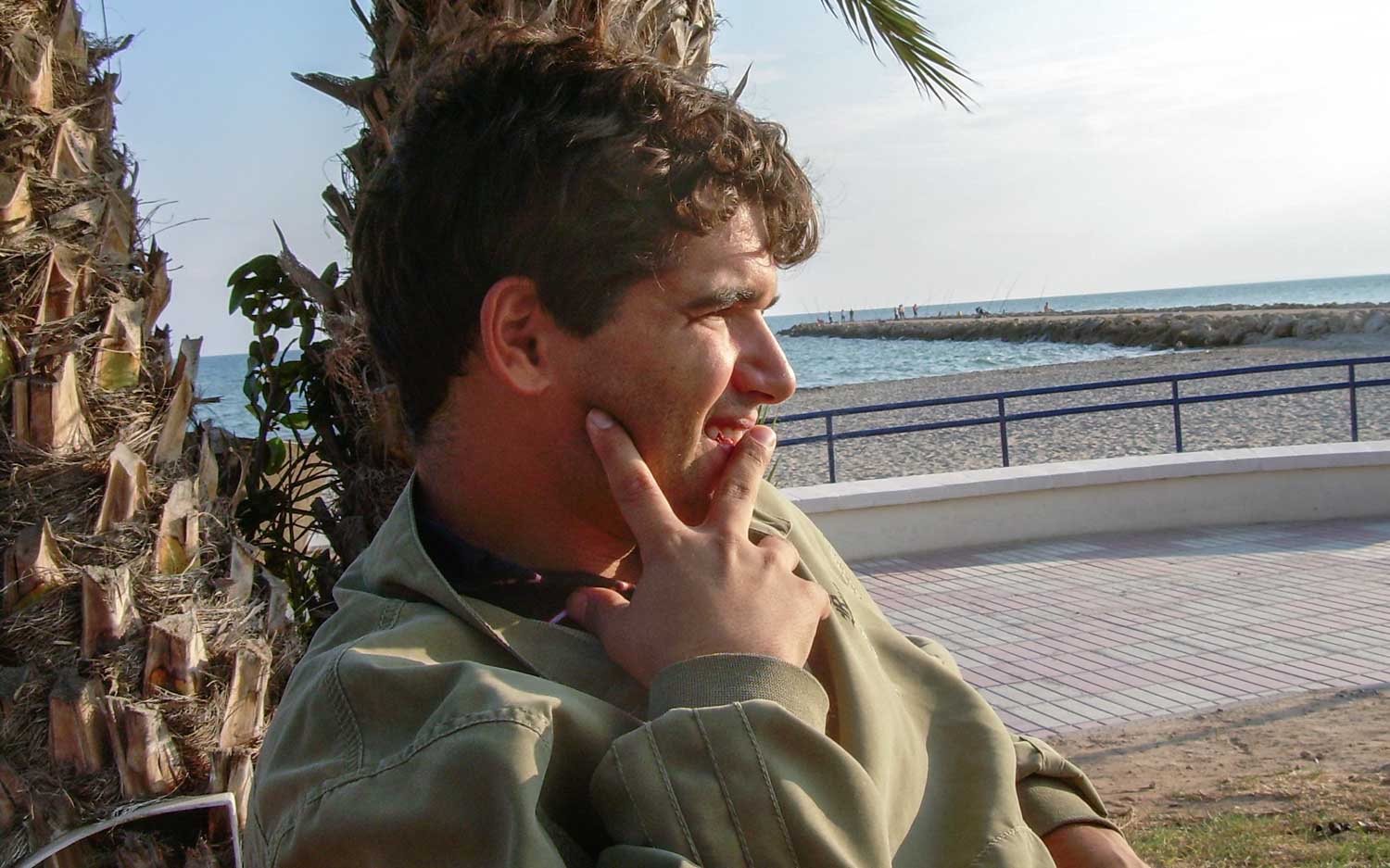 «Here we have three items that we, the family and friends of Ignacio Echeverria Mirales value very much, both for their significance and our memory of him.

The first is the skateboard with which he defended the people who were being attacked.

Another is Malagón’s cartoon, which was so successful and caused so much emotion, in which the phrase was coined and repeated many times: ‘Not all heroes wear cloaks, some ride skateboards’.

Finally we have a José Manuel Puebla cartoon, in which Ignacio arrives in heaven looking like someone who does not know what his reception will be and we see he is being greeted by Don Pelayo and Blas de Lezo. There could no better reception in heaven for a Spaniard!

As a family we are very happy that these three items are here to honour Ignacio’s memory and that visitors to the museum can see them together.

We would like those who visit the museum to know that these three things could not be in a better place that this. If they had stayed in my house only family would see them, but here I believe that a great many people will think of Ignacio. And because of that, we believe that Ignacio would also want them here together with the memories of so many victims of terrorism, who unfortunately are no longer with us».