As well as the very public and visible action in the streets there was also a much more discreet conscience raising against terrorism which resulted in the publication of flyers, posters and documents. Cristina Cuesta explains a specific initiative developed by the ‘Association for Peace of Euskal Herria’. The Autonomous Anticapitalist Commandos had murdered Enrique Cuesta, Cristina’s father in March 1982 in San Sebastion. Some years later she founded one of the first pacifist organizations in her city. 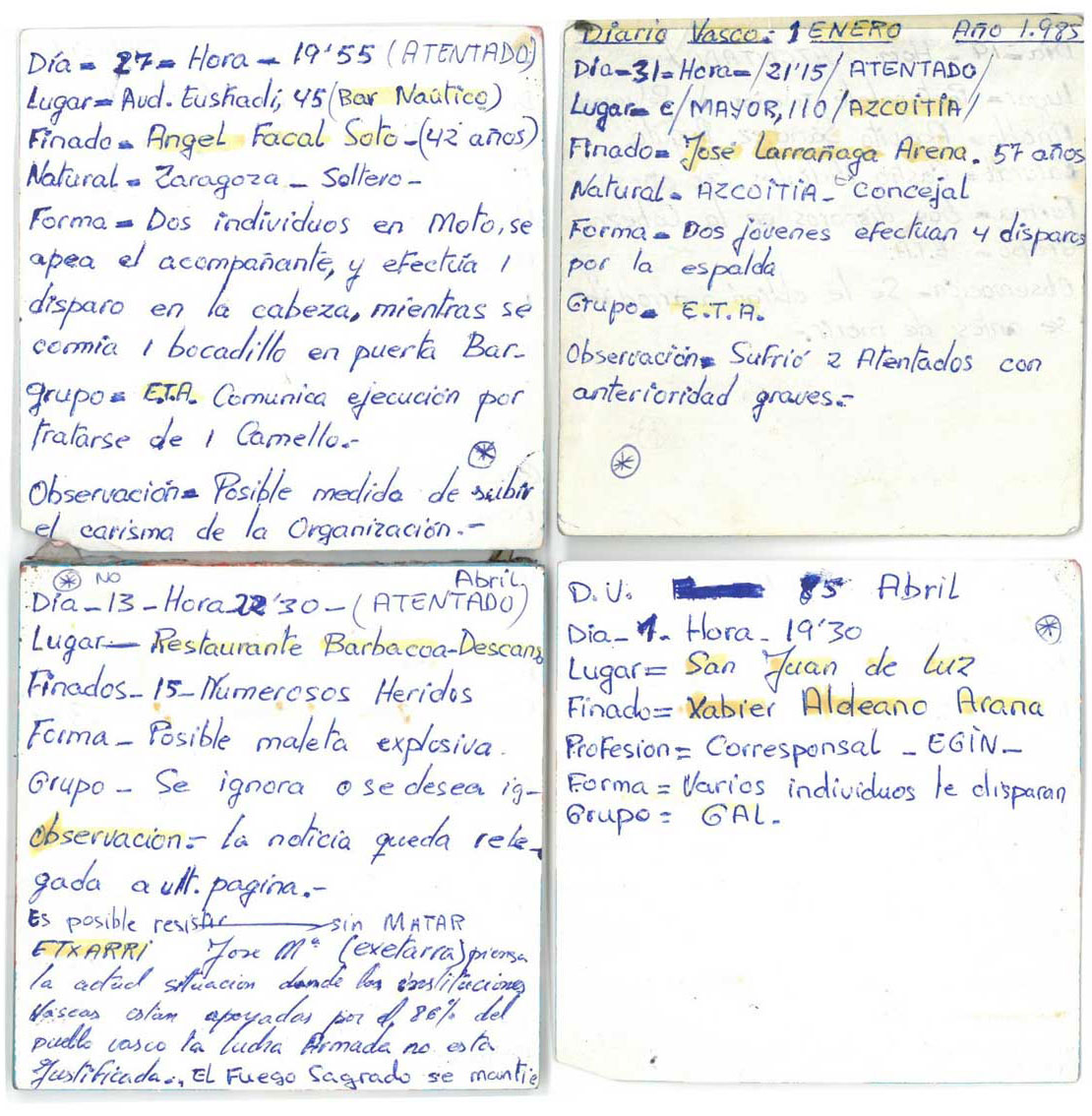 «On the 8th May 1986, a group of citizens from San Sebastian established the Association for Peace of Euskal Herria.   We decided to hold a silent rally in the centre of the city the following day, to say that terrorism and politically motivated violence extinguishes life and destroys humanity.

We gathered for the first time on the 22nd May 1985, motivated by the killing of a national policeman, Manuel Fuentes Pedreira, murdered by ETA in Arrigorriaga. From that day, hundreds of acts took place, in solidarity with the victims of terrorism and denouncing violence.

One of the initiatives which we promoted was to document, in an unofficial way, the scale and reality of the consequences of terrorism. We needed to humanize, to find out and to show the real effect of violence on its victims.

Some of the members decided to go to the library, in their free time and using the library’s newspaper service made out an information record for each name, for each victim.

We sought to rescue them from oblivion and to raise awareness of the dimensions of the tragedy in which we live.

We divided the work by years and each colleague investigated one year. Our objective was to gather all the information from each year and complete each record. This task almost overwhelmed us».