The history of terrorism is dark but it has a lighter, more hopeful aspect. This belongs to those who showed their faces, who publicly denounced the murders and threats, and who definitely, contributed to increasing awareness in society at large. We are speaking of civic and peaceful movements, embodied in associations such as ‘Gesto por la Paz’ (Gesture for Peace) which was awarded the Prince of Asturias Prize for Peace and Unity in 1993, or ‘Basta Ya’ (Enough is Enough) which won the Sajarov Prize for Freedom of Conscience in the year 2000. 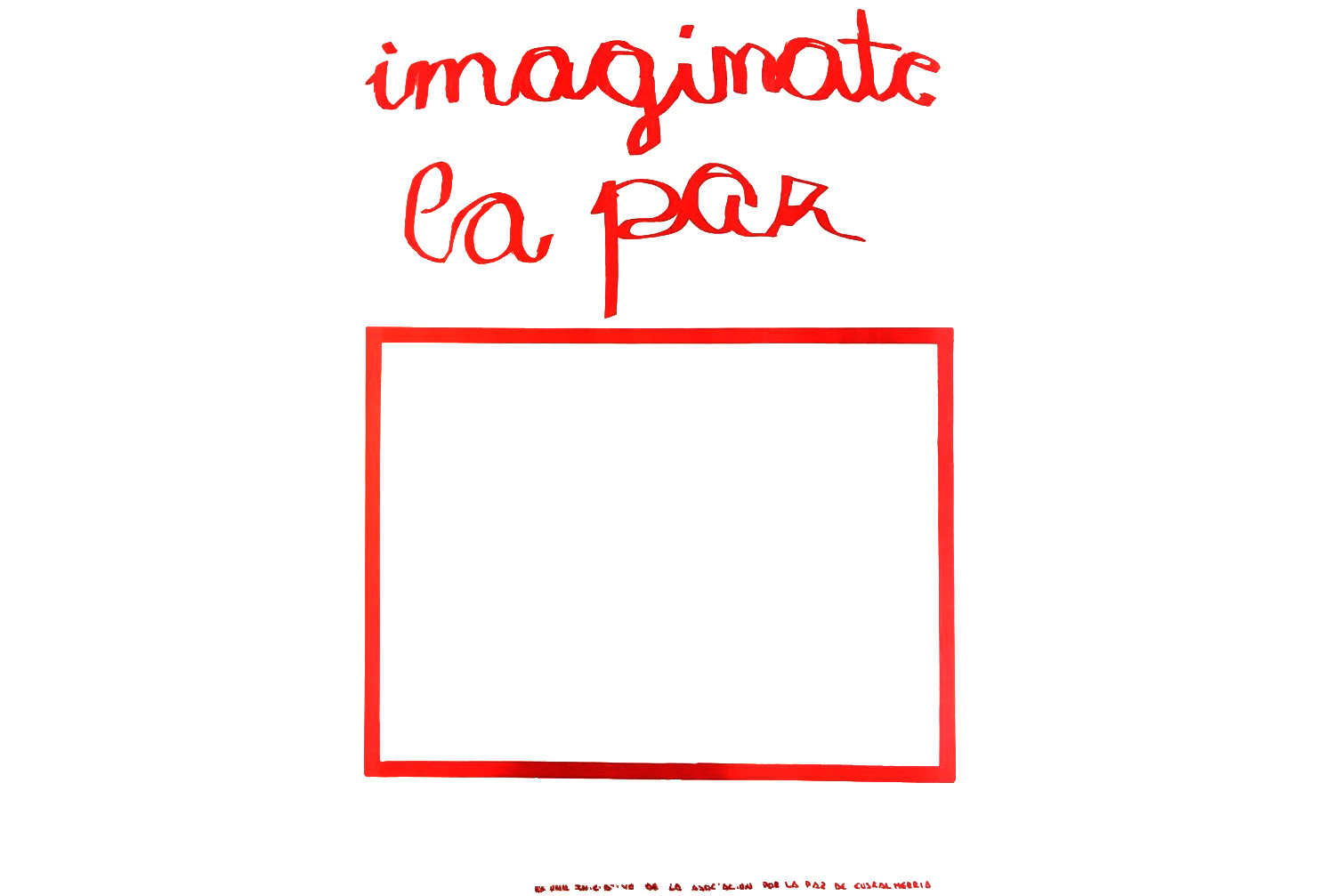 On occasions, well known artists have collaborated in these campaigns for peace. This is the case of Jorge Oteiza’s poster, painted in the red, white and black colours of the nazi flag, with which he denounced the murder by ETA of Dolores Gonzalez Catarain, also known as Yoyes. The gunman shot her in the presence of her three year old son. She was thought to be a traitor and was killed as an example.   She had been a leader of ETA and her former companions could not forgive her when she retired from the organization.

Another artist who collabrated is Juan Carlos Eguillor, who donated these drawings which call for non-violence and respect for democratic institutions to ‘Gesto por la Paz’.   But in the most cases it was private citizens who made and hung posters, for example, to call for a silent rally after terrorism had caused another fatality.